Don’t you deserve to look as young as you feel? A facelift by NYC plastic surgeon Dr. Thomas Sterry can bring back the fresh-faced look you’ve been missing—without leaving the tell-tale “windswept” look of yesterday’s facelifts.

To find out how a facelift in New York City with Dr. Sterry can help you look younger, request a consultation using his online form or call  (212) 249-4020.

Facelift
Before & After Photos 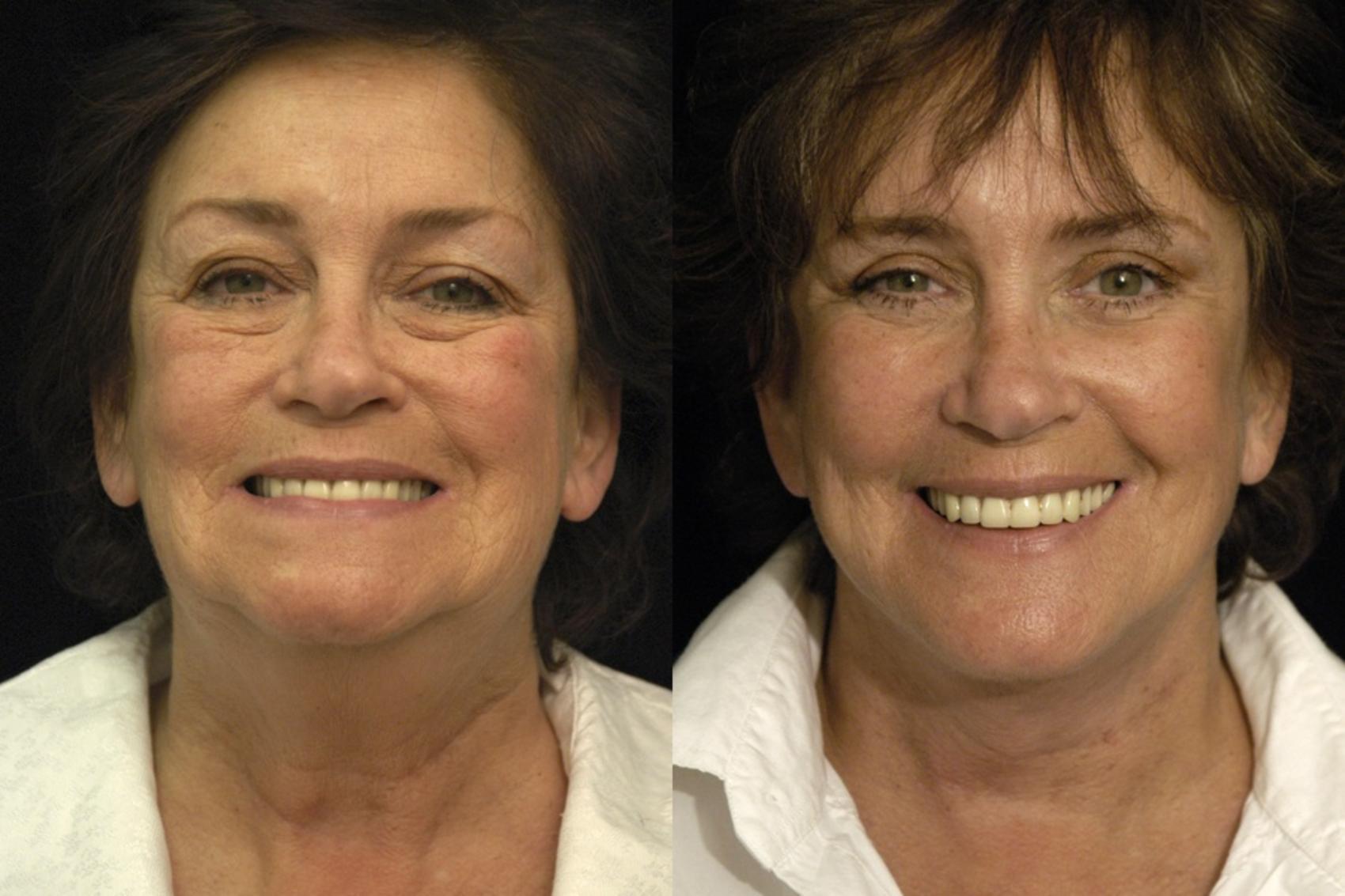 This 59-year-old woman wanted complete facial rejuvenation. I performed a full facelift in NYC, including the lower face. I also performed a neck lift and upper and lower eyelid surgery.

Having completed trials for multiple different methods of facelift procedures, I have settled on performing a full SMAS elevation and advancem... Read More
View Case 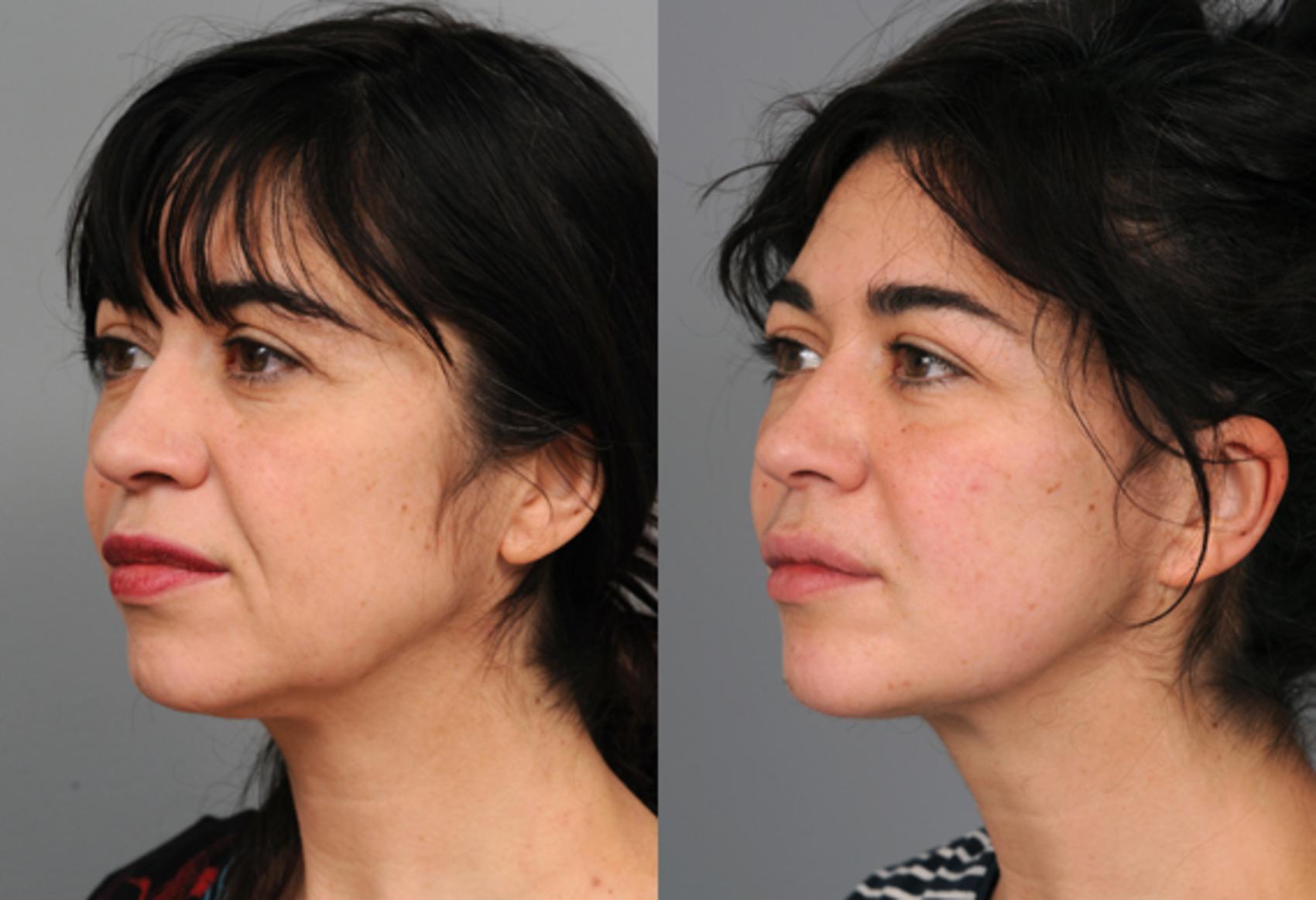 I trademarked the Naturalift because I thought it was a good answer to women in their mid 40's to mid 50's who realize that injectables can only do so much to help them remain youthful before making them look "weird".  Sometimes there is a roll for minor surgical procedures that don't necessarily make people look like they've had an oper... Read More
View Case
Before & After

This is a 72 year old patient who came into our New York City office for a Facelift procedure.  She was a little timid about actually going through with the operation because she was afraid of looking "weird" after the procedure was done.
In this case, a full SMAS Lamellar facelift was performed with sedation here in the pr... Read More
View Case
Before & After

This patient said that she always looked tired. I performed a full facelift in New York City, including the neck and mid-face. I also performed cosmetic surgery for the upper and lower eyelids.

While there are many different techniques available for performing a facelift operation (including a mini or short-scar lift), I like to eleva... Read More

View Case
Before & After

This woman came to Dr. Sterry saying that she wanted to "freshen up" her look. He decided to perform a full facelift after a consultation at his Manhattan, New York, office. These photos were taken 3 months after her facelift. She tells us that "the face I see in the mirror now looks much more like me!"

Note that t... Read More
View Case
Before & After

After a consultation with Dr. Sterry, this patient chose a facelift and brow lift in New York. The brow lift provided rejuvenation of the upper face. For the facelift, Dr. Sterry performed a full SMAS advancement in an effort to give her a smooth and tension-free result with scars that would heal well.

The SMAS layer is a connective t... Read More
View Case
Before & After

This patient was in her 50s and wanted to look like herself but a few years younger. We decided to go with a modified version of a facelift after a consultation in my New York practice.

I have found that the vast majority of patients want minimaly invasive procedures. They want to look better but not like a different person. They... Read More
View Case

Do you look as young as you feel? A well-done facelift can bring out your natural beauty.

Dr. Sterry performs natural-appearing facelift surgery in Manhattan. Nobody has to know you’ve done something to freshen up. The latest techniques leave no tell-tale signs.

Chances are, you don’t feel any different than you did when you were 25. But is your face starting to give away your age? When you look in the mirror, do you notice:

“Beautifully done and I adore Dr. Sterry! His staff was wonderful too! No glitches. Felt very comfortable with Dr. Sterry. He’s very down-to-earth and honest about expectations. His work is artistry and I don’t know how any doc could be better.”

*Your results may vary.

What is a facelift?

A facelift, or rhytidectomy, is cosmetic surgery to improve evidence of facial aging, such as wrinkles or sagging skin on the face, brow, and neck.

Where is the incision made for a full facelift?

A full-facelift incision begins in the hairline of the temple area, continues down just inside the tragus—the part of the ear just in front of the hole in your ear—and proceeds around the earlobe and along the hairline in the back of the neck. This longer incision allows a much greater degree of lift in the neck than is possible with a Naturalift℠.

How is a full facelift performed?

After I’ve made the incision, I undermine the skin of the face so I can gain access to the deeper tissues. This is when the real magic of a facelift happens. By working with the deeper tissues, I can eliminate jowls, increase fullness in the cheek and midface and reduce the appearance of skin folds on the corners of the mouth.

After this work is done, I lay the skin down gently without any tension so it looks natural. If I’ve done my job well, nobody should ever know that my patients have had a facelift. They should look younger and refreshed—but not have that “operated on” look.

How is your full facelift technique different from other plastic surgeons’?

There are as many methods for facelifts as there are plastic surgeons…maybe more. Each of us does the best we can to achieve a nice result. I happen to be very proud of my facelift results because I think they look more natural than many others.

How does a full facelift help correct a sagging neck?

Because the incision for a full facelift extends to the hairline behind the ears, it facilitates pulling back on the neck skin to tighten and smooth it. The excess skin is then eliminated. Result: a smoother, younger-looking neck.

Do you ever use liposuction in conjunction with a facelift?

Yes, liposuction can be very helpful in eliminating jowls and getting the neck contour I want.

When is a full facelift a better choice than a Naturalift?

In your personal consultation, I will evaluate you and help you to understand the difference between a Naturalift and a full facelift. However, the final decision is yours. The best choice for you will also depend on your exact goals.

Where is a full facelift performed?

I typically perform full facelifts on an outpatient basis at Mount Sinai Hospital or in a surgery center close to my office.

How long does a full facelift take?

A full facelift takes about three hours or longer, depending on what the patient needs. For example, if a patient has a lot of hanging skin on his or her neck, the surgery will take more time.

What kind of anesthesia is used for a full facelift?

A facelift is done under general anesthesia; you will be asleep for the entire procedure. Or you may choose to have the procedure done under sedation.

How long does recovery from a full facelift take?

Most patients can go out in public with some cover-up makeup in about a week. You should be back to work in 10 days to two weeks.

What results can you expect from a full facelift?

My goal is to make you look good, not operated upon. A natural result should mean that you look like yourself, just fresher and maybe a little more enthusiastic. The most important part of a facelift is that no one who sees you on the street should be able to tell that you’ve had something done.

Realself
Thank you Dr Sterry and the lovely staff for the smooth and reassuring process. Made sure to follow...
Jan 24, 2023