Rhinoplasty, also called a nose job, can solve many problems that may be lowering your self-confidence and holding you back. If your nose is out of proportion with the rest of your face, you can change that with nose job surgery. New York City patients trust Dr. Sterry to reshape their nose and give their face a more balanced look. Dr. Sterry is also an expert at correcting broken noses and deviated septums, which can lead to breathing problems and snoring.

To find out more about rhinoplasty in NYC, request a consultation with board-certified plastic surgeon Dr. Sterry or call  (212) 249-4020.

Are you unhappy with the size or shape of your nose?
Rhinoplasty can give you the look you envision for yourself.

Rhinoplasty
Before & After Photos

This is a 17-year-old woman who only wanted the hump on her nose reduced. She said she did not want to look like a different person when the procedure was finished. We discussed refining her tip during her rhinoplasty surgery in New York City, but she decided against it. 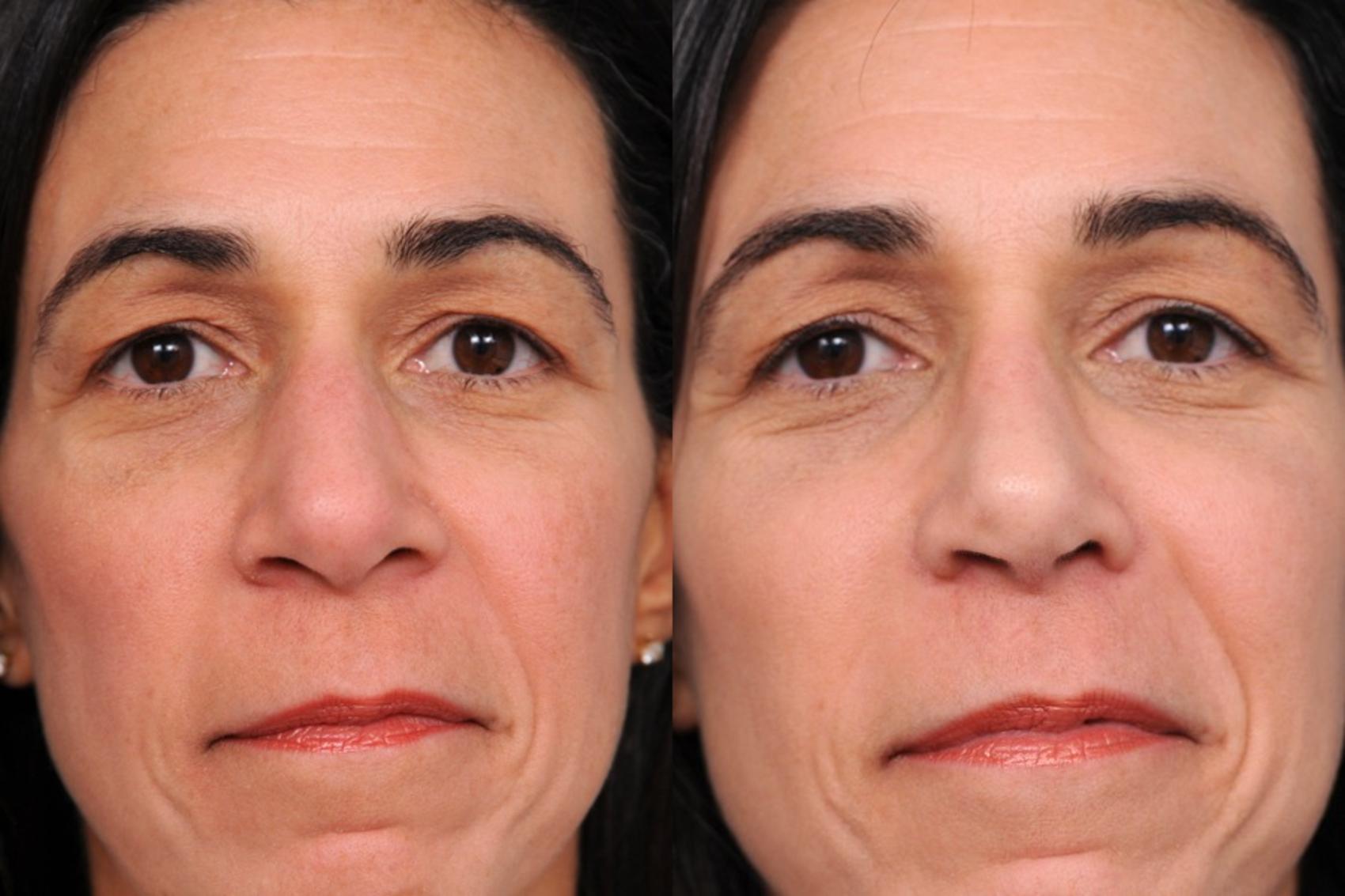 This is a 49-year-old woman who said that she always wished her nose were more narrow at the base. She also wanted a more refined nose, but did not want to look like a different person. Dr. Sterry performed rhinoplasty at his NYC practice and focused on subtle, natural-looking results.

This is a 26-year-old woman who said that her nose had "no shape" and wanted to make it more refined and feminine. She asked for a nose job (rhinoplasty) in New York City that would entail a complete redesign of her nose.
Read More
View Case
Before & After

This is a 36-year-old woman who complained about a dorsal hump and said that she had always wanted a straighter nose. We also spoke about some modest work on her tip that would make it look more refined, but not necessarily like it had undergone surgery. She was very cognizant of not wanting to look like a different person.

Rhinoplasty is a very common cosmetic procedure that reshapes the nose in order to reduce or increase its size, change the shape of the bridge or tip, narrow the span of the nostrils and/or change the angle between the nose and upper lip. In most cases, patients want to reduce the size of their nose or correct an abnormal shape through nose job plastic surgery, but it is possible to lengthen a short nose as well. There is also reconstructive nose job surgery. New Jersey and New York patients often come to Dr. Sterry to correct a birth defect or injury or to relieve breathing problems caused by a deviated septum.

After a short 90-minute procedure, patients report that they recover quickly and get on with their lives—with the face they’ve always dreamed of having. Patients also come from out-of-state to visit Dr. Sterry’s Manhattan office, and he performs all his rhinoplasty procedures on an outpatient basis at Mount Sinai Hospital. In about 10 days you can be back at work or school, and once the recovery process is completely finished, you will have a nose that is much better proportioned to your face, and your breathing and snoring problems will be relieved.

Nose surgery can change your life by lifting your spirits and self-esteem, as well as by correcting the breathing conditions that have been holding you back. If you believe you could benefit from a skillfully performed nose job surgery, contact Dr. Sterry’s office today and set up a consultation at his Manhattan office. You will receive the care and consideration you deserve as you make this important decision.

What can rhinoplasty do?

Rhinoplasty performed for cosmetic purposes can:

Rhinoplasty is considered reconstructive surgery when it is performed to:

Do most rhinoplasty patients want the size of their nose reduced?

Yes. That procedure, called a reduction rhinoplasty, is for patients who have a hump or think that their nose is too long—it hangs down and they want it picked up.

In other cases, patients want a short nose made longer, which is a much more difficult operation.

Is there a standard for the angle of the nose tip?

Yes. The bottom of a man’s nose typically makes about a 90-degree angle with his face. For a woman, it’s more like 110 degrees. So the tip of a woman’s nose is usually turned upward just a little bit.

Not always. If a patient just needs some changes in the tip or maybe the angle at the bottom of the nose, there is no need to break the nose. This, of course, makes recovery much quicker.

When does rhinoplasty involve fracturing the nose?

A rhinoplasty involves fracturing the nose when there is a hump or other structure that needs to be reduced in size.

Why does the nose need to be fractured?

The two nasal bones on the sides of your nose come together like a teepee or a pyramid. Up the middle, there’s a strut called the septum—so the structure of the nose is like a triangle with a line in the middle.

I have to close that space between the nasal bones. If I just took off the hump, you’d see a big, flat spot with a divot in the middle of the nose. So, to prevent that, we use specially designed instruments to fracture the nasal bone precisely where we need to, then push it into position. This is what causes most of the bruising and swelling after rhinoplasty.

Now imagine a patient has a big hump on her nose and I need to remove the top of that hump. If I simply take off the hump, she’d be left with what we call an ‘open-roof deformity’—the hump would be gone, but there would be a space between the two nasal bones. Then the septum would be sticking up between them.

Where is rhinoplasty performed?

I perform rhinoplasty on an outpatient basis at Mount Sinai Hospital.

How long does nose-reshaping surgery take?

A rhinoplasty procedure takes only about 90 minutes.

What kind of anesthesia is used for rhinoplasty?

Rhinoplasty is done using a general anesthetic, which enables you to sleep during the entire procedure. It can also be done under sedation.

How long does recovery from rhinoplasty take?

You should be able to go back to work or school about 10 days after nose surgery.

How long does it take to see the final results of a rhinoplasty?

Healing is a slow and gradual process. You may notice some subtle swelling for months after surgery, especially in the tip. It really takes about a year before we really know what the final results will look like, although you’ll have a very good idea in six months.

Is rhinoplasty covered by insurance?

In some cases, the work on the septum and some of the sinus work is covered by insurance. The rhinoplasty itself is rarely covered unless there was an accident or fracture.

What results can you expect from rhinoplasty?

Your nose will be in much better proportion to your face; most patients find that having nose surgery gives their spirits a lift as well. If you have had reconstructive rhinoplasty, you will typically notice that your breathing or snoring difficulties have been greatly relieved.

Realself
Thank you Dr Sterry and the lovely staff for the smooth and reassuring process. Made sure to follow...
Jan 24, 2023