No one wants to see loose, hanging skin on their neck when they look in the mirror. You can have this corrected with neck lift surgery. Some patients don’t have loose skin but want their jawline to be more refined. This can sometimes be done with a minimally invasive Smartlipo™ procedure. In either case, New York patients have been turning to Dr. Thomas Sterry for years to help correct necklines that they feel are revealing their age. A neck lift at his NYC plastic surgery practice can give you a firmer neck and a more youthful appearance. The end result: you’ll no longer avoid wearing necklaces or calling attention to your neckline. You’ll be able to wear any fashion you want!

To find out if a neck lift is right for you, request a consultation with board-certified plastic surgeon Dr. Sterry or call (212) 249-4020.

Is a sagging neck making you look older than you feel?
Maybe it’s time to think about a neck lift. 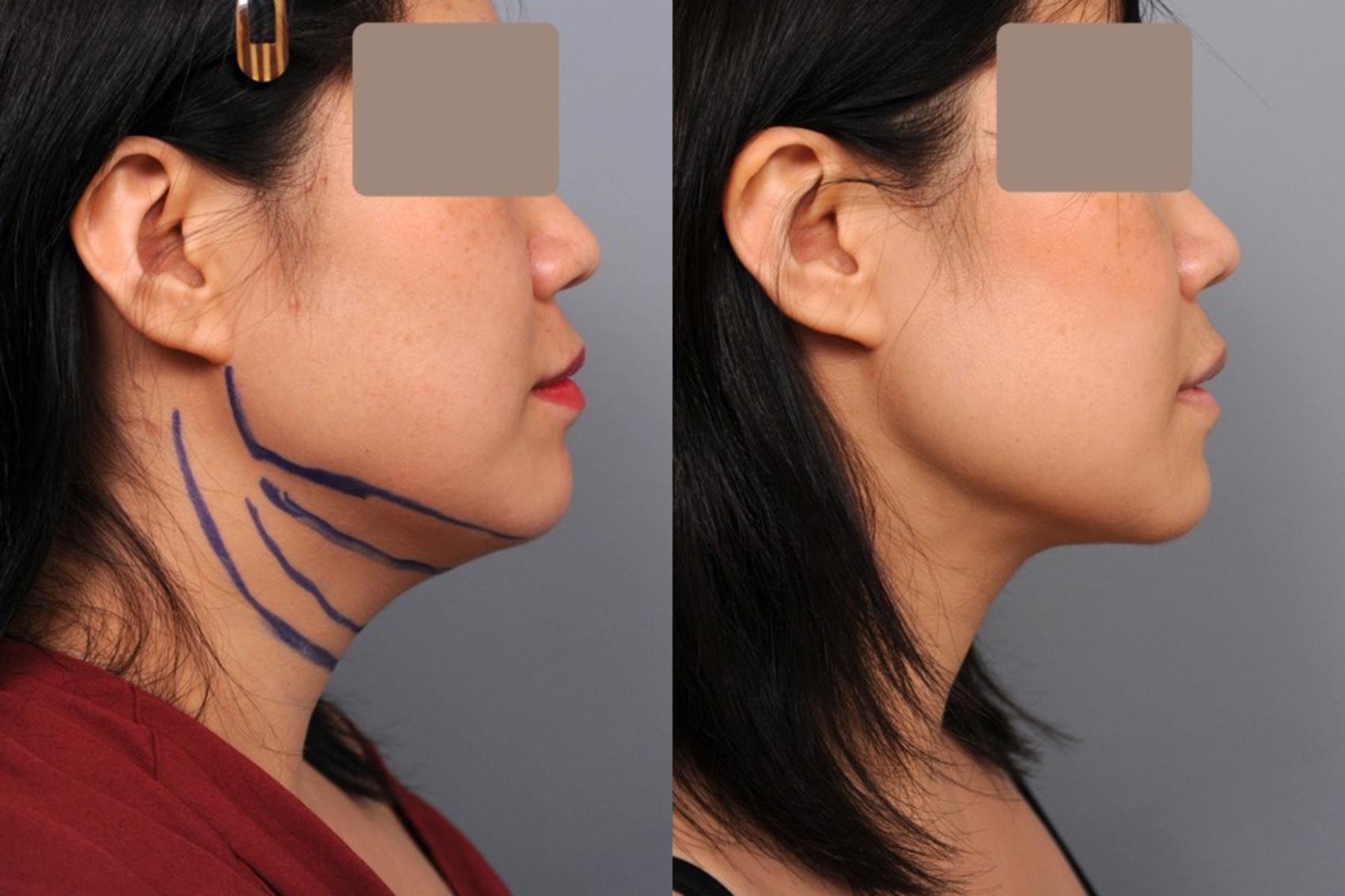 This is a 40-year-old woman who wanted to reclaim her youthful appearance. Her goal was to look more like her driver's license photograph. I did Smartlipo™ liposuction of the chin and neck at my New York practice, along with some RADIESSE® facial filler in the upper cheeks, for an affordable, minimally invasive treatment th... Read More
View Case 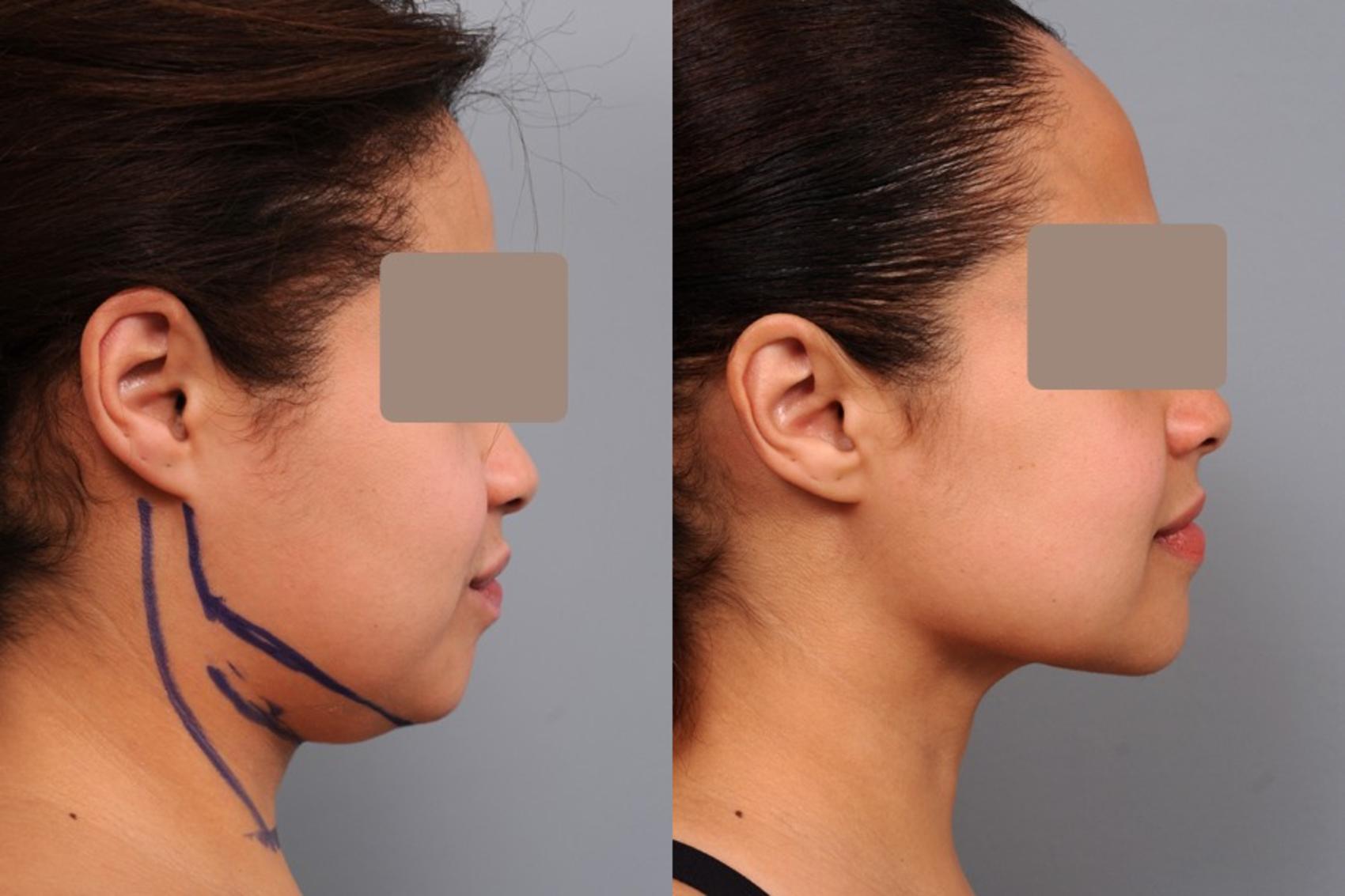 This 38-year-old woman was well known to my practice. After establishing a nice rapport and accomplishing some good results for her, she became the first person that I ever suggested a procedure to. She simply looked like a great candidate for Smartlipo™ of the neck at my NYC practice. While this is quite uncharacteristic of me, I'm... Read More
View Case
Before & After

This is a male patient who felt as though he was rather fit, but was frustrated by the appearance of his "chubby" neck.  He clearly worked very hard at the gym and was quite physically impressive, so he didn't "deserve" to have the appearance that he did.
I did some Smartlipo liposuction of his neck and a few weeks later it clearly ma... Read More
View Case
Before & After

This is a 36 year old woman who asked me to remove her double chin and to enhance her jawline.  She was a "no brainer" from the clinical decision making perspective because it was obvious to me from the start that chin lipo would improve her profile impressively.  However, even I did not realize the impact that Smartlipo would have... Read More
View Case
Before & After

This is a very fit 32 year old man who spends his weekends competing is "Extreme" races.  While he is very lean all over, his double chin never really went away.  He tells me that no matter what his weight, he has always been self conscious about his profile.
I thought it was unfair that he could work so hard to stay in shape and... Read More
View Case
Before & After

V-Line Facial Contouring is performed to improve the profile, jawline, and front view of patients with rounded facial features who want a more sleek appearance.  By combining a series of simple procedures such as in this case:
Neck Liposuction
Microcannula Liposuction of the Cheeks
Insertion of a Chin Implant, and
Buccal Fat... Read More
View Case
Before & After

This young woman came in originally asking for chin liposuction.  After that procedure went well, she decided that she would like me to reduce the size of what she called her "Chipmunk Cheeks".  That procedure was performed a few months later.  Read More
View Case
Before & After

This is a 30 year old patient who wanted facial sculpting to create a more refined contour to her profile.  I told her that we had several options and she settled in on Chin Liposuction (some of us call it "neck" liposuction) combined with buccal fat pad removal to improve her contour.
The Buccal Fat pad is removed through the mouth a... Read More
View Case

Neck lift surgery, also known as platysmaplasty, is a procedure that corrects sagging and wrinkled necklines by focusing on the thin sheet of muscle between the collarbone and the jaw. After consulting with Dr. Sterry, many patients also decide to have a facelift in conjunction with a neck lift surgery. New Jersey and New York patients, as well as many patients from all over the country, consult with Dr. Sterry at his Manhattan office to decide what option is best for them. Some patients are appropriate candidates for neck lift surgery without the facelift. Alternatively, patients whose main concern is eliminating double chin fat may be good candidates for KYBELLA®, a non-surgical injection treatment that targets those fat cells with no downtime at all.

Dr. Sterry performs neck lift surgery by removing fat and tightening the muscle and skin of the neck.

Dr. Sterry can complete a neck lift cosmetic surgery procedure in as little as 90 minutes on an outpatient basis at Mount Sinai Hospital in Manhattan or at a nearby surgical facility. The Smartlipo procedure can be done under local anesthesia at his New York City office. In either case, after the recovery process is complete, you will be able to hold your head high with a firmer, more uplifted neck and a well-defined jawline. Most patients say they feel years younger after this procedure and achieve the self-confidence that has been holding them back.

If you think that neck lift surgery might be right for you, Dr. Sterry is available to consult with you at his Manhattan office. During a personal consultation regarding the details of neck lift surgery, every patient gets the full time and attention of Dr. Sterry. He will evaluate your goals and determine the best course of action to achieve a more youthful appearance and overall natural beauty.

What is a neck lift?

A neck lift, or platysmaplasty, is cosmetic plastic surgery to correct a crepey, sagging neck. The platysma is the thin sheet of muscle between the collar bone and the jaw.

Is a neck lift usually done by itself?

No. Most times, I perform a neck lift in conjunction with a facelift. I have done a few neck lifts on their own, but the best patients for that are hard to find.

Isn’t a facelift enough to correct a sagging neck?

A full facelift, where the incision extends behind the ear and along the hairline at the back of the neck, will certainly help improve a sagging neckline.

What technique do you use to perform a neck lift?

The neck lift technique I prefer is called a corset platysmaplasty. The whole idea of the procedure is to bring the neck muscles together in the middle as well as on the sides. That way, you really do get a corset look and you achieve a tighter-looking neck.

How is a neck lift performed?

I make a one-inch incision behind each ear and another one about an inch and a half long underneath the chin, Then, I undermine all the neck skin and take away some—but not very much—of the fat underneath the platysma muscle, if it’s indicated. In some cases, I use a bit of liposuction to suction out some of the fat.

Then I work with the platysma muscle, imbricating—that is, overlapping like shingles or tiles on a roof—from the right to the left, in an effort to make the angle of the jawline more acute and well-defined. I personally like the corset platysmaplasty because I’m not only going up and down the center, but also along the sides.

A lot of people say they’re doing a corset platysmaplasty and they’re not.

Where is a neck lift performed?

I perform neck lifts on an outpatient basis at Mount Sinai Hospital or a nearby surgical facility.

How long does a neck lift take?

What kind of anesthesia is used for a neck lift?

A neck lift can be done under general anesthesia, where you will be asleep for the entire procedure. Or you may choose to have the procedure done under sedation.

How long does recovery from a neck lift take?

You will need to wear an elastic bandage after surgery if liposuction was used in your procedure. The recovery time is about a week.

What results can you expect from a neck lift?

You will have a much more uplifted, youthful neck and well-defined jawline—which makes most patients feel years younger.