Are drooping brows or forehead creases adding years to your face? A brow lift could be the answer.

Brow Lift
Before & After Photos 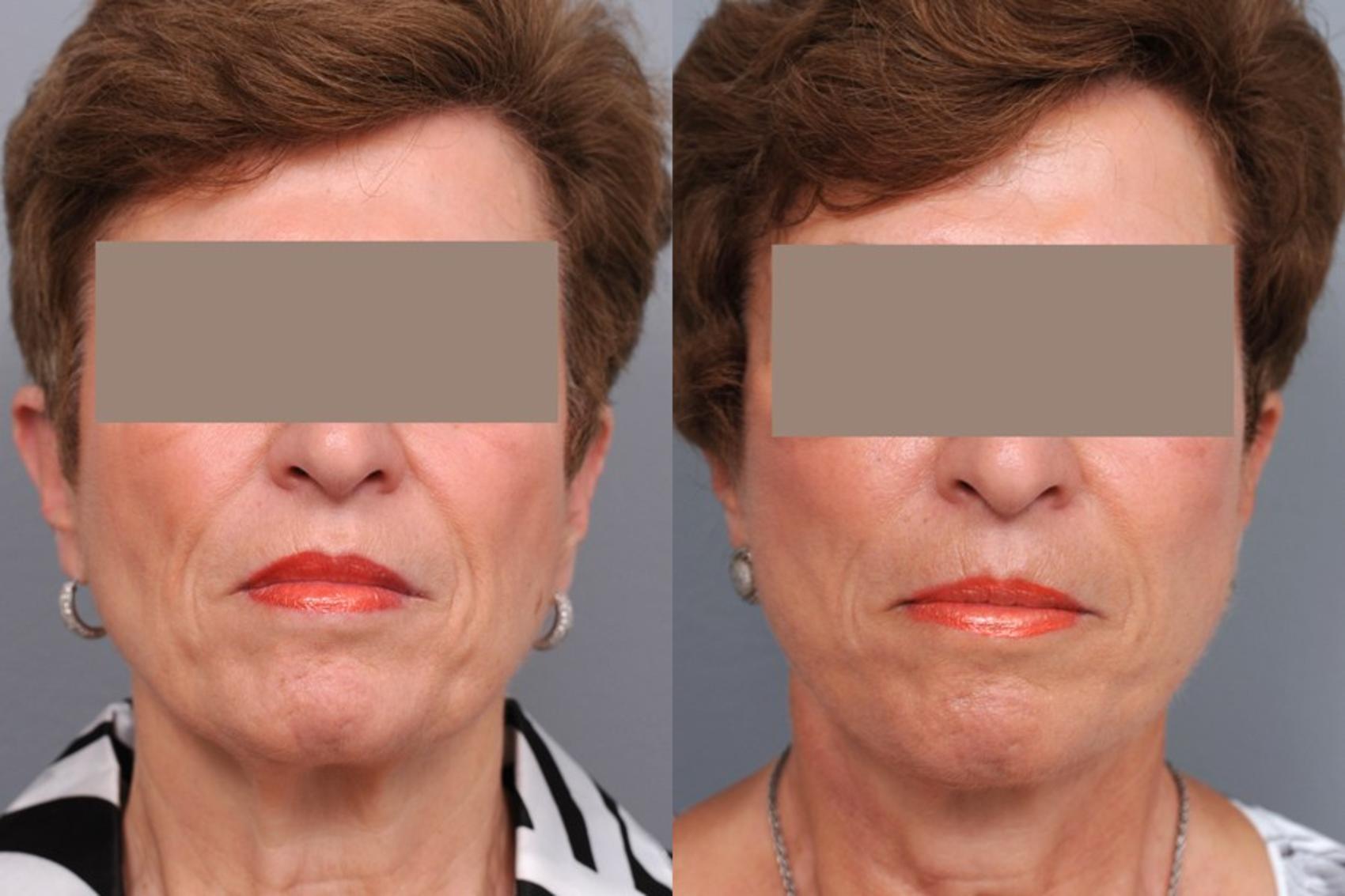 After a consultation with Dr. Sterry, this patient chose a facelift and brow lift in New York. The brow lift provided rejuvenation of the upper face. For the facelift, Dr. Sterry performed a full SMAS advancement in an effort to give her a smooth and tension-free result with scars that would heal well.

Brow lifts can work wonders for patients who have started to notice the following:

A brow lift, also called a forehead lift, can make you look younger, more alert, and better rested, so you are as youthful-looking on the outside as you feel on the inside. Brow lifts can improve the overall skin tone of your upper face by altering muscles and tightening the skin of the forehead. The result is a reduction in the appearance of forehead creases, drooping eyebrows, over-eye hoods, furrowed forehead, and frown lines.

A brow lift can improve the overall skin tone of your upper face by altering muscles and tightening the skin of the forehead.

Dr. Sterry often performs brow lift surgery in conjunction with eyelid surgery and/or facelift, to rejuvenate the lower half of the face. If you have hooding over your eyes, it will take more than upper eyelid surgery to achieve the results you desire, and eyebrow lifts are an excellent enhancement. Dr. Sterry and his team can reverse the signs of aging caused by the descending of the brow line and give your face a fresher, younger look with eyebrow lift surgery.

During a personal consultation with Dr. Sterry, he will evaluate your wants and needs and listen to your goals in order to determine the best course of action for you.

What is a brow lift?

A brow lift or forehead lift is plastic surgery that minimizes forehead creases, drooping eyebrows, hooding over the eyes, a furrowed forehead, and frown lines. This procedure is done by altering muscles and tightening the skin of the forehead.

Is a brow lift usually done by itself?

No. Many times, I perform a brow lift in conjunction with eyelid surgery and/or a facelift. It’s important to understand that while a facelift is very effective in rejuvenating the lower 2/3 of the face, a brow lift improves the upper 1/3.

Why should a person thinking about eyelid surgery consider a brow lift?

Where is the incision made for a brow lift?

There are two types of incisions that can be used for a brow lift. Most people today choose the less-invasive endoscopic technique that involves a small incision on either side of the temporal area.

The traditional, long incision—also known as a coronal incision—extends from one ear across the top of the head to the other. The long incision produces the best results, but very few people want it.

How is an endoscopic brow lift performed?

I begin by making 3 to 5 short incisions—less than one inch long—behind the hairline. I place the endoscope in one incision so I can see beneath the skin without having to make a large incision. Then I lift the skin and adjust the muscles through the other incisions. If the eyebrows are lifted, I will stitch them into place.

How is a traditional brow lift performed?

If I make a coronal incision, I undermine the forehead skin, operate on various muscles so they don’t make frowning positions anymore, then lay it all back up again, remove the excess skin and close the incision.

Where is a brow lift performed?

I perform brow lifts on an outpatient basis at Mount Sinai Hospital, or at a local surgery center.

How long does a brow lift take?

A brow lift takes about 45 minutes to an hour.

What kind of anesthesia is used for a brow lift?

A brow lift can be done under general anesthesia, where you will be asleep for the entire procedure. Or you may choose to have the procedure done under sedation.

Does a brow lift have any possible side-effects?

After an endoscopic brow lift, you may experience temporary swelling, numbness, headaches, or bruising. Patients who have a traditional brow lift may have itching or hair loss.

How long does recovery from a brow lift take?

Patients who have the endoscopic procedure are typically good to go within 3 to 4 days. If you have a traditional incision, you can expect to go back to work in 7to 10 days.

What results can you expect from a brow lift?

A brow lift will give your face a more animated, yet natural appearance. After a brow lift, you will look younger, more alert, rested, and refreshed—without that ‘operated on’ look.