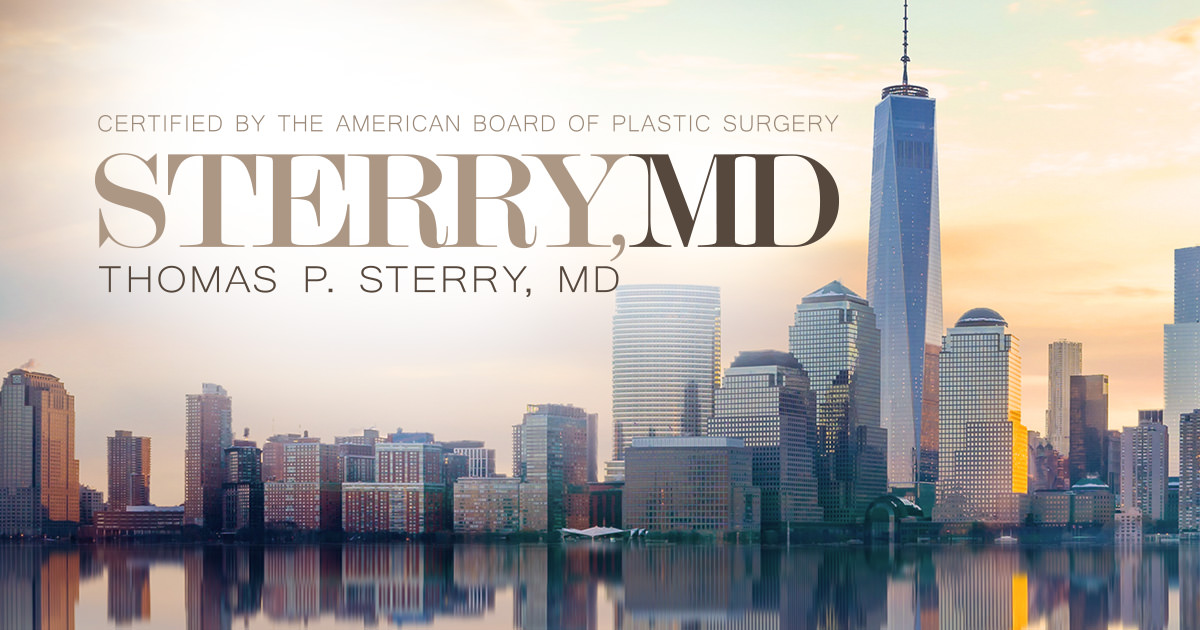 I do a lot of body contouring. In my earlier years I was very possibly the most experienced plastic surgeon in New York City when it comes to post bariatric body contouring for loose skin. Times have changed, but I’m still glad that I have these skills, and I still do a fair number of arm lift cases…just not quite as many as I used to. 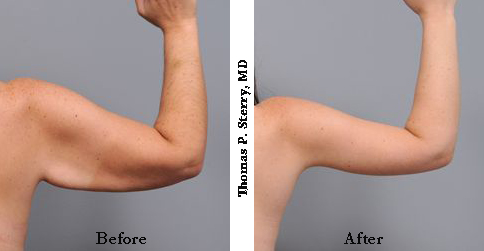 Before and After an Arm Lift procedure in a patient who had lost over 100 lbs. Note that there is loose skin in the before photograph, but not much fatty tissue.

Yesterday, I had yet another patient come in asking about her loose arm skin. She is a young woman and is still in the process of losing weight, so I suggested that she complete her weight loss before she proceeds with any body contouring procedures, but especially her arms.

The problem with performing an arm lift (brachioplasty) before all of the weight is lost is that the skin is almost certainly going to sag again later. Unlike some other areas, the arms need to be optimized before brachioplasty. Any extra fat acts like a sponge during the operation and makes it difficult to pull the skin snug. This is especially true because during the operation and for several weeks afterward, the arms swell dramatically. Then, postoperatively (usually by about 3 months) the skin begins to hang down again and everybody, including the plastic surgeon, goes home disappointed that night. What is created is a “better” arm, but not necessarily a sexy arm. Furthermore, there is a scar to be contended with. I plan to address the arm scars in my next blog post.
In order to combat this scenario, I typically suggest two things. First, patients should be at their leanest for an arm lift. This is different than other operations where I just ask patients to be at their “normal” or long term weight goal. In an arm case, I want to be able to pull that skin as tight as possible without risking a postoperative complication such as dehiscence (the wound comes apart). Second, in patients who are already at their goal weight, but the arms are still kind of spongy, I will perform liposuction to de-bulk the arms first. Then, about 3 months or so later we can perform the arm lift and are much more likely to get a satisfactory result.
So, this brings us the the concept of liposuction for the arms instead of an arm lift. There is a group of patients who can do very well with the Smartlipo technique in the upper arms. 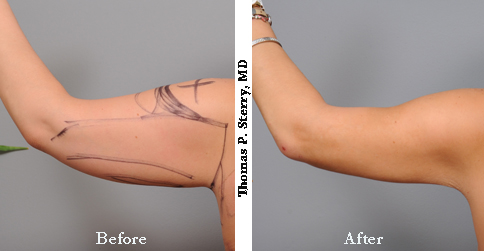 For some patients Smartlipo Liposuction is a reasonable option instead of a formal Arm Lift operation. For people who are not satisfied with this result, the Arm Lift can still be performed.

The theory is that the 1320 laser wavelength from the Smartlipo treatment seems to enhance the loose skin quality – some would say that Smartlipo tightens the skin, but I’m wary of that term. In any case, there is clearly a positive effect and many of my patients have opted not to have an arm lift after having the arm liposuction alone. The Smartlipo is less expensive, does not require anesthesia since I do it in my office, and doesn’t create the scar that a formal arm lift would. Having said all of that, there are some patients who will go on to have the brachioplasty because they are still not satisfied. In that case, they are set up for a much better result with their arm lift procedure than they would have had without the liposuction.